How to write a video script to engage your audience 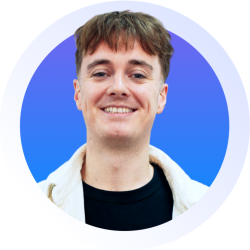 Before he read a script, Joaquin Phoenix was actually called Joaquin Bottom. A good script can change your fortunes… for the better.

Video is the ‘in’ thing of modern marketing. Collectively, the human race spends 2.9bn hours (326,294 years) watching YouTube videos every month. All your competitors are using video to make their audience laugh, to make their product look cool, and to offer a helping hand with how-to videos and tutorials. If you’re not using it, you’re losing it.

Oberlo found that 88% of video marketers were happy with the ROI they gained from their social media video campaigns.

Video marketing is not easy. A good video requires a joint effort from a team of writers, editors, camera operators, and presenters. That team needs an abundance of imagination, creativity, cultural awareness, and organisation. Above everything, they need a script; one that entertains, informs, and engages in equal amounts.

That team should read this article, about how to write the perfect video marketing script.

What is a video marketing script?

A script is a structured plan of exactly what is going to be said and done in a video. At the start of the script-writing process, it is a blank canvas for taming the wild ideas that are jumping around in your head. By the end of the process, it is a professional, coherent, and comprehensive video that is going to build awareness around your brand and sell your product.

From my own experience, I know that taking a leap from copywriter to scriptwriter can be daunting. The truth is, the gap between a good script and a good blog post is not so wide. This article breaks down the steps toward not just writing your next script, but actually rehearsing and recording your next marketing video. You know, the one that changes the world.

How to write a video marketing script

The more you plan your video, the more likely it is to bang on YouTube. Saying that, a successful video marketing campaign isn’t just a one-off viral smash hit. It’s a long process of tweaking, looking at statistics and results, and tweaking again based on those numbers. A successful video marketing campaign requires resilience, number crunching… and even a little bit of disappointment along the way.

Determine the purpose of your video

The purpose of your video depends on the message you want to get across and who you want to watch it.

Everything about your video is determined by who you want to watch it. Defining your audience is relatively straightforward, and is dictated by the buyer persona that your business should have laid out a long time ago. Only when you understand who is watching, will you understand the dialogue that is spoken, the pain points that are addressed, and the platform it is uploaded to.

It can be tempting to hit as many information points as possible in the hope that you can provide value to your views. Don’t. Your video script needs one clear goal that your viewers can achieve by the end of the video. With more than one, your script becomes complicated, your message gets diluted, and your presenter starts to waffle.

Align the pain point you want to soothe with a call-to-action (CTA) before you do anything else, and then base the rest of your video around that CTA.

An outline is a brief synopsis of your script, offering an idea of what each part of the video is going to be about and their timings.

Your outline shouldn’t change much, especially when you start hitting those big numbers. At NetHunt, we follow the same tried-and-test outline in each of our videos, simply jigging what is said in the different sections where we see fit. Most marketing videos on YouTube follow this same formula to hook, engage with, and sell to their audience.

At this point, your script should be made up of simple notes; ready to be fleshed out a little bit further down the line.

Before fleshing out the skeleton of your script with meaty dialogue, you should decide on the visuals you are likely to use so you know exactly what to talk about. Your visuals are equally as important as your speaker... this is a video afterall. They help to break the video up and stimulate view minds into engaging with the video and continuing to watch. Visuals need to be relevant, simple, and engaging. Remember: one bad visual makes a bad video.

Furthermore, you need to decide on the format of your video; whether it’s going to be presented or narrated. A presenter stands or sits in front of a camera with visuals popping up all around them. On the other hand, a narrator speaks over video content without the viewer being able to see who they are. As a video beginner, having a narrated video is recommended to get the basics sorted, before you branch out into having a presenter which is more professional.

When writing your dialogue, the most important thing is to try and make it as conversational as possible. In a roundabout way, you need your script to sound as scriptless as possible, making your presenter or narrator sound like they are not reading from a script.  Follow this handy little checklist to make sure you achieve that.

Finally, your whole script-writing mantra should be minimum word count, maximum value. If a word or phrase is just fluff or waffle, get rid of it. Everything you say should help your view better understand something about your company or your product. The odd joke here and there can work, but don’t overdo it. Your reader came for valuable information, not for laughs.

Read it in your head, read it again, and then read it out loud. You need to decide where the emphasis and intonation are going in your script to help your speaker sound as unrobotic as possible, and then mark it in the script. Obviously, lose the typos and mistakes that are going to trip a presenter up, and double check that there’s no waffle, fuzz, or fluff in there that mean your viewer isn’t getting any value. Read it non-stop, in front of a mirror, and time yourself to see how long it takes. Nobody wants to watch your 30 minute monologue.

Finally, before you record; even before you show your colleagues, you need to ask yourself… is it good enough?

Get a second opinion (and a third and a fourth)

You might proofread your script a thousand times over and believe you’re the next Tarantino. You might show your dear, old mother who tells you she’s so proud of how far you’ve come before giving you a big, sloppy kiss on the forehead. You can’t trust those opinions. You need to have an editor run through your script, telling you what’s right and what’s wrong. You need honesty, and you need to not be afraid of some constructive criticism.

This is a learning process, and you can’t learn without a teacher.

If your video is any good, it’s going to be viewed by thousands of people with thousands of ideas of what’s good and what’s not. Get your colleagues together and take your script for a test run to see what they think. Brainstorm what they think might make it better; this is the last chance you will get to add anything else to your script. Use it.

At this point, it’s practice, practice, practice before it’s time to go live. Standing in front of a camera for the first time can be a sweaty experience. As with anything in life, the more you practice, the better your script and the more conversational and professional your presenter will sound. Before recording the final edit of your video, it’s best to record a throwaway. This is a real, on-camera rehearsal of your script that you and your team can watch before you go on to record the real thing.

This is a redacted version of a script I recently wrote, titled ‘How To Build The Perfect LinkedIn Profile’.

You might have a Hollywood-esque production company to put your video marketing campaign together, with the equipment, professional actors, and the special effects to match; or you’re doing it by yourself, with a camera phone, a laptop, and Tim from Accounting as your presenter because he’s the only one who washed his hair that day. It doesn’t matter.

Twice a month, receive actionable CRM content to your inbox.

Stay tuned for upcoming newsletters in your inbox!

We value your privacy and keep a very high level of security. NetHunt uses the information you provide to us to email you about our relevant content. You may unsubscribe from these emails at any time. For more information, check out our Privacy Policy.

Dive into this article to get to know exactly what to do to increase your online form conversion rate in eleven simple steps.…

Get a load of this collection of creative web form ideas, perfect for generating easy-peasy inbound leads.…

+20 points in 6 months: How we increased domain rating with 0 paid links

Check out how we managed to increase domain rating of our website by 20 points in 6 month spending zero budget on paid links or guest posting.… 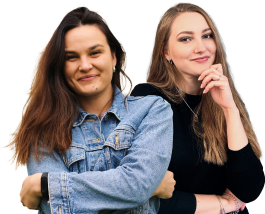 Looking for a CRM in Gmail?

Book a NetHunt demo with us!